Do you own your own business?

Here I am talking specifically about the business of tinting windows.

If you run your own window tinting business, whether it's flat glass or auto, the principle stays the same. This is one of the cheapest operation to set up, your investment is in some tools, perhaps $200, a phone, a vehicle and film you buy, as needed. Anyone can do it!

When I was 25, I bought my own first business. It was a Bakery. I had to commit to a lease for the premises for a number of years, I had to purchase all the machinery, ovens, tools, shop fittings and so on. It cost me a lot of money, and the risk of failure is always present. I had all this investment to lose, tens of thousands. The shop had to open every day, except Sundays, we had to produce quality products every day, put them on display and throw away the leftovers every day. No exception. Did I walk away? No. Why? Because I could not afford to. Simple. It was hard work, hot work, long hours. Did I enjoy it? Yes I did, because it gave me a sense of achievement. After a few years, family became more important, so we sold and I moved into the corporate world of baking.

Why did I tell you my story? Because it illustrates responsibility.

When I started my own window tinting business, I approached it with the same attitude. Again, it was hard work and I had to learn so many things. (In fact, I still learn new things all the time) The first few years were particularly hard, as I had to establish myself. I could have given up many times, just walk away. Sometimes I lost money on a job, when things went wrong. You learn.

I have seen many people coming into the trade over the years. Moving into Window Film Distribution, we have helped people into building very successful businesses, and we have seen even more people fail.

Why did they fail? There are a number of reasons, but in essence, 3 big ones:
Tenacity
Budgeting
Pricing

I will elaborate on each later.

Posted by 25 years of tinting experience, not BS at Thursday, July 18, 2019 No comments:
Email ThisBlogThis!Share to TwitterShare to FacebookShare to Pinterest
Labels: Business advice

These are my thoughts and experience with Low-E film.
I have installed 2 different brands and am aware of another 2.
In my own home, we installed film on just some panes in a Ranch Slider, with the rest either left clear, or with standard window film applied.
My observation is that very often, we get condensation on the panes with Low-E film only. This is a concern, as traditionally, window film does not like excessive condensation. Over time, the film's scratch resistant coating deteriorates and becomes almost obscure. 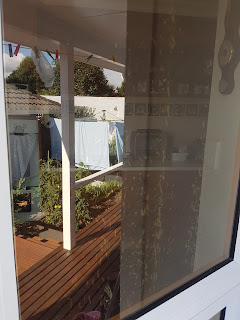 The second thing with condensation on the film is a big loss in performance of the Low-E coating. In effect, at the time you want the performance of the Low-E most, the film reduces only a small amount of heat retention. Remember, the main benefit this film type is marketed for, is to keep your house warm.
Given the huge price this film commands, is it worth it? I would just fit standard solar control film to block UV and keep the house cooler in summer. This addresses the other 2 benefits Low-E film is promoted for. Essentially, you can get much better performance at a much lower cost.

We have also experienced significant installation problems, which may only show over time.
An example is here:


I think the concept of Low-E film is great, and it does work, unless condensation is present. Would I recommend it? Not at the moment. The cost must come down, the installation has to be easier and the condensation issue has to sorted.
Posted by 25 years of tinting experience, not BS at Thursday, February 23, 2017 No comments:
Email ThisBlogThis!Share to TwitterShare to FacebookShare to Pinterest
Labels: My thoughts, Window film basic facts

We are in the business of applying tints, not taking them off!

This was a comment made to a customer by a competitor! This chap expected the lady to remove the old film from her lounge windows. Another competitor was going to charge her at an hourly rate, similar to a lawyer's fee, for 3 hours labour taking the film off. (I stripped the film and re-tinted it in 2.5 hours).

What a bunch of cowboys in our industry. No wonder our business is doing so well!


Posted by 25 years of tinting experience, not BS at Thursday, October 08, 2015 No comments:
Email ThisBlogThis!Share to TwitterShare to FacebookShare to Pinterest

What a beautiful country we live in! 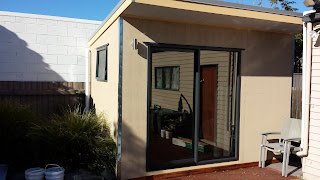 I had a little job to do in Pauanui and the drive down Coromandel was just so nice... not a cloud in the sky.... clear skies without any pollution...

The sleepout is in a very open place and needed some privacy. The film that was chosen is NS15 and works a treat.

Although, in reality, the reflection is far less than it appears here.

Proud part of Master Tinters NZ
Posted by 25 years of tinting experience, not BS at Tuesday, July 21, 2015 No comments:
Email ThisBlogThis!Share to TwitterShare to FacebookShare to Pinterest

Frosted film to tidy up things... 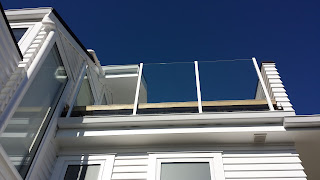 The balustrade showed the bottom of the deck and made this house look untidy. 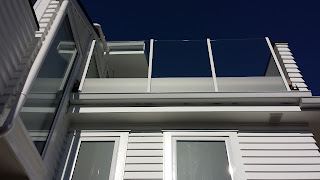 After using Avery Etch, the deck was presented in a much better light, without being obvious.

﻿
Posted by 25 years of tinting experience, not BS at Monday, July 13, 2015 No comments:
Email ThisBlogThis!Share to TwitterShare to FacebookShare to Pinterest
Labels: Frosting
Older Posts Home
Subscribe to: Posts (Atom)

25 years of tinting experience, not BS
Hamilton, Waikato, New Zealand
Having been introduced to the window tinting world over 25 years ago, I have learned a lot about the industry. Starting from a one-man-band, to where we were until 2012 and now back to basics, we have gone through most manufacturers and ended up with world-leading products and support. I like to pass this knowledge on to save you from a bad experience.